THE AMPHITHEATER FROM QUERINI TO MALTARELLO

THE AMPHITHEATER DURING THE RENAISSANCE

The awakening of passion for art typical of the Renaissance, typical of the mid-1800s for buildings of the Roman era, later recovered by the fascist Architecture, was the spark to recover the amphitheater from the state of neglect in which it had fallen.

The author of this forward-looking initiative was a piano-maker, Vincenzo Maltarello, the ex-gunsmith of the Imperial Habsburg, who sensed the exceptional acoustics, the authentic nature of the place, starting excavations and bringing to light the terraces, trying to consolidate them in order to set in the theater a point of testing, promotion and sale of its musical instruments.
From that time, the terraces of the amphitheater were unearthed and restored several times until his death. Between the late 1800s and the mid-1900, were also made the first studies and the first graphic reconstructions of how the theather was. And the prof. Mario Andreis of the Olympic Academy Vicentina, the prof. Cevese, the count, poet, journalist, writer Guido Piovene., Louis J. Maltarello stayed here. Finally, it also gained fame in recent years for being the final resting place of the poet and writer Ettore Malosso.

THE MAN FROM MALTA

What had led the young boy Vincenzo Maltarello, official of the armery of the Hasburg Emperor, to reach Vicenza in order to build his factory?
And why did he focus his interests in this city? 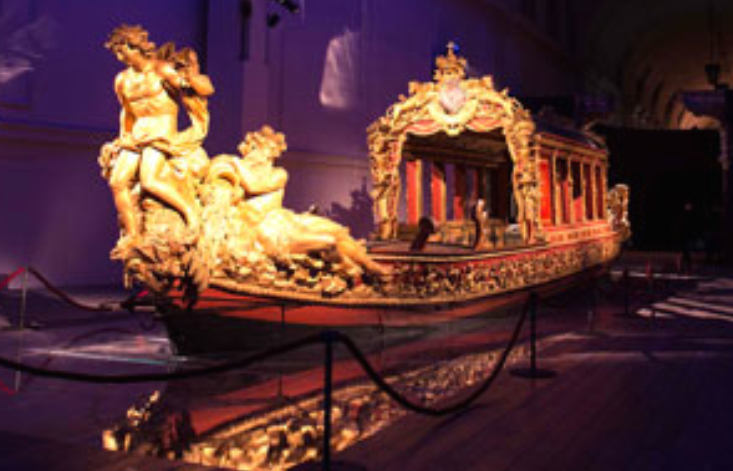 The Habsburg was considered an enlightened family, because of their knowledge based on notions of the ancient Egyptians, such as the one about the algorithms of the stars and their correspondence to the seven musical notes in connection with the Cosmos.
It was certainly unusual for that time the knowledge of the secrets of light alloys, which Vincenzo Maltarello employed to build his pianos.
But there is another question: why the last philanthropist, descendant of Querini, entrusted to Vincenzo Maltarello not only the Amphitheatre, but also guarded secrets about his family? One of this secret was about the site of the last sinking of their Venetian Bucentaur, which happened in 1797 at the dock below the port of Angels.


THE MANUFACTURER OF PIANOS

Vincenzo Maltarello, in 1853 described the amphitheater as a mysterious natural theater competing with human perfection because of its spectacular and natural steps, once submerged and gradually re-emerged thanks to the gradual withdrawal of water.
Maltarello, in his family, boasted a scroll donated to the Museum of Bari, which was about the 7 musical notes taken from Egyptians songs, based on algorithms extracted from the stars 5,000 years before Pythagoras. Maltarello was hired on that place to improve the acoustics of the theater.
It seems that the Querini, until the end of 1700, come there usually with their Bucentaur (the sailing from Venice to Vicenza, which was considered a holiday tour of Elite). The fame of Maltarello as the first perfecter of musical instruments and then industrial pianos, quickly spread also in Vicenza where, at the villa of Jacopo Cabianca at Longa Schiavon, he designed and built the acoustics of a music hall. With the death of Cabianca, the priest of the village, in contrast with the testamentary wills, carried the piano to the parish where, a little later, he was sentenced to die for the weather. For irony of fate, the acoustic work carried out at the villa of Cabianca at Longa di Schiavon had its baptism only in the 80s, when some Japanese students, apparently financed by Yamaha, went here to perfect their musical knowlede, discovered a salon endowed with a particular acoustic excellence. They started in here seasonal music courses.
The way in which he firstly employed formulas (unknown at that time) for the construction of special alloys in order manufacture his pianos, is still a mystery.

Less than two centuries ago someone tried unsuccessfully to remove the heavy old safe kept in the Temple of the Port of Angels. It was found stranded on the road leading to the old dock.
Even today, after more than two centuries, going up the path of purification of the soul that leads to the amphitheater of Port of Angels, at the location where perhaps seven centuries ago, the Black Maiden Lady (Dama Nera) fell down in despair, we can see what is left in the ground, leading to the Port, and that safe, half-buried in the ground. What was in that huge safe?
What really pushed as a noble man as Pietro Querini to push towards the less sunny and even cold seas, such as the North Sea, close to the coasts of Denmark, where he finally vanished engulfed into the nothing.
Why the "Serenissimo" Venetian government counted diplomatic missions in those places even then?
Why Pietro Querini pushed his sailors to a crossing so far north, going to a place so cold, on his way to Bornholm. Did he know the island of Bornholm? What was on that island?
Querying the computer satellite pictures, we replicated the geographical position of the French churches in the countries of origin of the Templars. The distance between them. Barholm has the same characteristics Vicenza, Arcugnano, the Bay of Port of Angels have them too.
With the summer 2015 are being put in place new technical analysis using more advanced satellites.

The Querini, undertook various jobs in Fontego. Venetian, the dock that was present in the lake under the Amphitheatre. They were Venetian nobles, sailors of great wealth. Peter was a bold, daring and brilliant Venetian adventurer, perhaps too keen to ply the routes of the Vikings who between Europe and America. On these routes, perhaps in Denmark, he met his death in Bornholm. It was named "Island of the Knights of Malta" (Templars). The churches of Bornholm, where Great minds like that one of Descartes applied to solve geometries, with no luck. The builders of the Bornholm system created the structure five hundred years before Descartes. The system of Bornholm is extraordinary because it highlights geometric capabilities unthinkable for the Middle Ages, such as dividing into three equal parts an angle. The builders of the system of Bornholm showed having a body of knowledge, protected, preserved and passed down century after century. Where did this knowledge come from, at a time when the vast majority of people was completely illiterate? It was a sacred knowledge, trying to understand and define the work of God's creation. (Taken from "The secret island of the Templars" Henry Lincoln and Erling Haagensen). ("Bornholm").

Count Andrea was a patron of the Grand Venetian playwriter Carlo Goldoni coming from the city of Modena. The philanthropist, Count Giovanni Querini was a patron along with Jacopo Cabianca of Luigi Maltarello. To these patrons Maltarello devoted his representation concert of the historic Battle of Lissa Naval won against Italians.
Spartaco Querini, graduate known for its value as much as it would have been, after him, with submarines G.R. von Trapp and before him, the Admiral Österreichische-Venezianische Kriegsmarine, Rodolfo Montecuculi from the city of Modena.
In 1866 in Lissa, Spartacus Querini with W.von Tegethoff, was a decorated officer. He taking advantage of the Italian disorganization, with a fleet of small ships, he won the battle by putting Italians on the flee. For these patrons of him Luigi Maltarello made the concert representation of the historic Naval battle won against the Italians.
Spartaco in particular distinguished himself in the defense of the ports in opposing to Muslim pirates who even then infested the sea from North Africa Not to be confused with the anthem of the Marine Corps that, sung in honor of Hemingway by Maltarello (USA celebrated the victory against Muslim pirates (barbarian wars never concluded even today)) In Those times they were based in Tripoli and Algiers and infested the sea pillaging and at that time kidnapping more than a million of hostages including Cervantes himself and Antonio Veneziano ("El Trato de Argel") The story of the girl kidnapped in the area was the dominant theme of Bellini etc. Attachment: the painting of the girl.
All the members of this large family used to spend their holidays away from Venice travelling along the river to the landing to the Fontega Lake with their barge on which the well-equipped Querini used to make convenient works by their skilled craftsmen.
It seems that in the late 1700s, just the Montanari-Querini, studying the natural vibrating soundboard of the Amphitheatre they had it redesigned to optimize the natural sound propagation. The study prepared by one of their most faithful collaborator, probably on documents of the Templar Knights, would have allowed the sound to return to its emitting source by mobile bleachers they wished designed downhill.